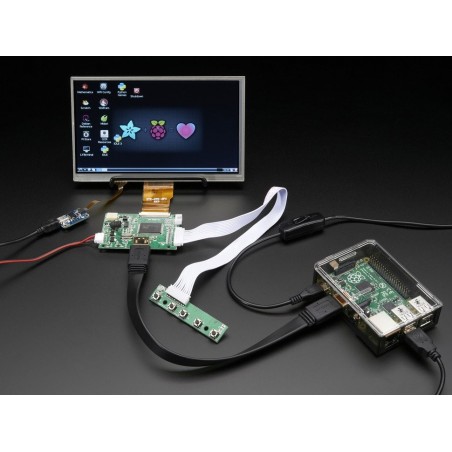 Make a lovely, touchscreen video setup with a 7" screen at 1024x600 resolution with a resistive touchscreen overlay! For this model, we tried to get an inexpensive 1024x600 display that was still high quality and would be good for embedded computing usage. The visible display measures 7" diagonal.

We matched this version with a small driver board that can be powered with a USB port.  The driver board only has an HDMI input but for Raspberry Pi, BeagleBone Black, and other computers, HDMI is the best quality output available anyway.

We also include one of our Resistive Touch Screen to USB Mouse Controllers - AR1100 so you can connect one from your computer (or Pi).  The Resistive Touch Screen to USB Mouse Controller is a board that can handle analog to digital conversion.  Most converters we've found are not very easy to use, and are 'fixed' - making them difficult to calibrate. The AR1100 is a nice chip that solves this problem by acting as a touch->USB converter and also comes with calibration software. The calibration software is Windows only, but once you've calibrated you can use the screen on any OS. The touch screen shows up as a USB mouse so no special drivers needed. We've tested it sucessfully on Mac, Windows, and Debian Linux (Raspbian on a Raspberry Pi). Other Linux distributions may or may not work, but if you're running Linux you're probably used to that. We also noted it does not work with a Raspberry Pi + Windows 10 IOT yet.

This version comes in 1024x600 instead of the more expensive 1280x800 display. It's also not IPS so it's not good for wide-angle visibility.

There's a little wired PCB with little buttons that let you enter a menu system for adjusting brightness, color and contrast. It tries to auto-detect which input you have and switches to that one or you can 'select' from the menu which to display.

To demonstrate it, we took some photos with the display connected to a Raspberry Pi, but it will also work connected to any device with HDMI output.

For use with a Raspberry Pi we suggest editing config.txt to set the HDMI to the native 1024x600 in case it doesn't detect the resolution properly.  You can see the suggested config.txt in the HDMI Uberguide.  The easiest way to edit the config.txt is to put the Pi SD card into an every day computer and edit config.txt with any text editor and save.

For use with a BeagleBone Black running Ubuntu/Debian, we found it works when plugged in, no configuration required.

A power adapter, Raspberry Pi, wire stand, and wires are NOT included. You will need to either purchase a 5V USB adapter or you can use one you've already got around the house. We show the display on a bent wire stand which is not included, but you can pick one up here. 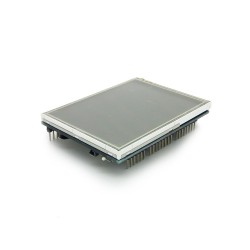 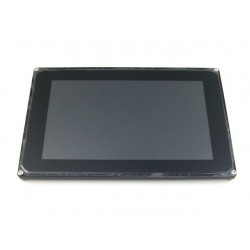 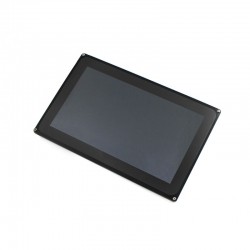 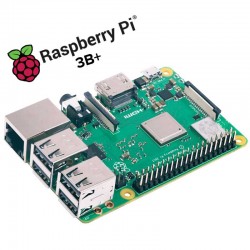 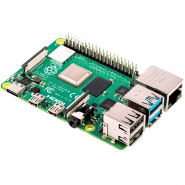