Micro-switches are often found in arcade buttons and joysticks but they're also really handy in any kind of mechatronics project or when you need a basic sensor. They are always 'tactile' (clicky feeling), and 'momentary' (the switch closes when pressed, then snaps open once released). They come in a few different varieties (mostly having to do with the contacts and how big the actuator is).

This microswitch has a 3" long wire lever actuator and three terminals. Sometimes called 'coin switches' - they're used in coin detectors. The terminals are along the bottom (the other microswitches have them on the sides). We think this switch would do great as a bump sensor: its fairly low torque so the wire snaps the switch before it gets bent. Of course, you can bend the wire as well. We also have kinds with a bump actuator, roller lever and flat lever.

This is a basic micro switch and we don't have any detailed specifications for it. We aren't sure it's good for high current or high voltage so we suggest keeping it at or below 12VDC and under 50mA until we can find a spec sheet. 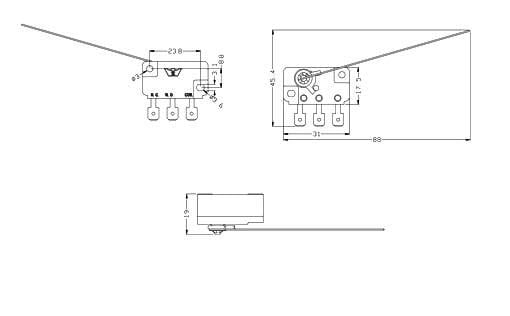 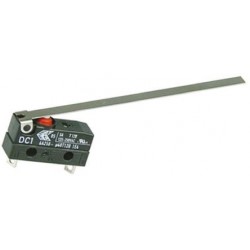 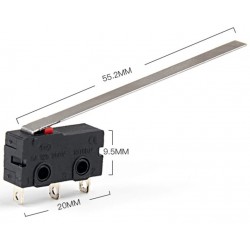