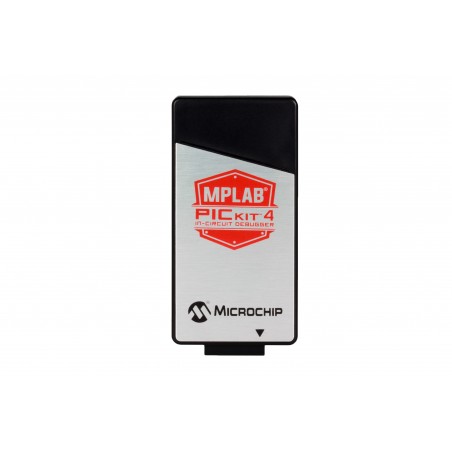 The MPLAB® PICkit™ 4 In-Circuit Debugger/Programmer allows fast and easy debugging and programming of PIC® and dsPIC® flash microcontrollers, using the powerful graphical user interface of MPLAB X Integrated Development Environment (IDE), version 4.15. The MPLAB PICkit 4 is connected to the design engineer's computer using a high-speed 2.0 USB interface and can be connected to the target via an 8-pin Single In-Line (SIL) connector. The connector uses two device I/O pins and the reset line to implement in-circuit debugging and In-Circuit Serial Programming™ (ICSP™). An additional micro SD card slot and the ability to be self-powered from the target means you can take your code with you and program on the go.*

The MPLAB PICkit 4 programs faster than its predecessor with a powerful 32,bit 300MHz SAME70 MCU and comes ready to support PIC® and dsPIC® MCU devices. Along with a wider target voltage, the PICkit 4 supports advanced interfaces such as 4-wire JTAG and Serial Wire Debug with streaming Data Gateway, while being backward compatible for demo boards, headers and target systems using 2-wire JTAG and ICSP. The PICkit 4 also has a unique programmer-to-go function with the addition of a micro SD card slot to hold project code and the ability to be powered by the target board.*

* This functionality is coming soon with firmware update of the product through MPLAB X IDE.

Note: The PICKit 4 is compatible with MPLAB X IDE version 4.15. Download Now. The MPLAB PICkit 4 User's Guide information can be found in the Help section of MPLAB X IDE.

The MPLAB PICkit 4 In-Circuit Debugger/Programmer supports many, but not all, PIC MCUs and dsPIC DSCs at this time. The firmware is continually being upgraded to add support for new devices. To request priority device support or to report issues, email: PICkit4_Update@microchip.com

To check supported devices: If you have MPLAB X IDE installed, you can browse to the “docs” folder under your MPLAB X installation directory and open the file “Device Support.htm”. Alternatively, you can download it from this link: http://www.microchip.com/mplabx-ide-release-notes

* This functionality is coming soon with firmware update of the product through MPLAB X IDE. 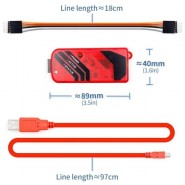 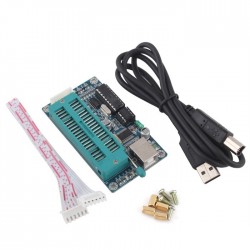 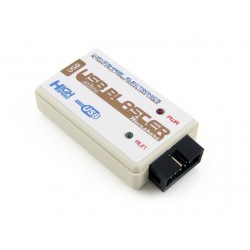