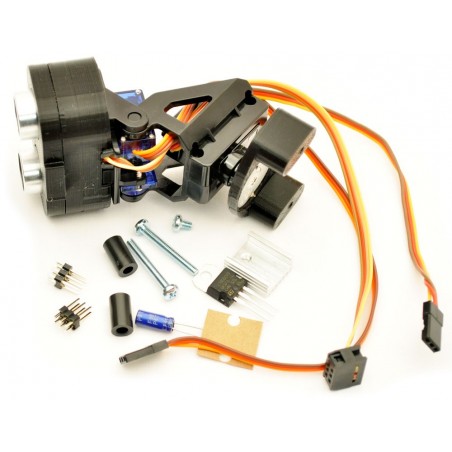 Extra "B" Search Rescue - Bot'n roll ONE A

The “B”(Rescue) extra enables the use of a sonar system together with a Pan & Tilt guide that allows multiple sonar directions. Through this sonar it is possible to determine how far an object. The Pan & Tilt kit includes two servos and a two brackets system as well as all accessories required for fixing. The sonar can either be attached directly to the Pan & Tilt kit as well as be applied separately using the Pan & Tilt system for other purposes.

Composition of Extra B