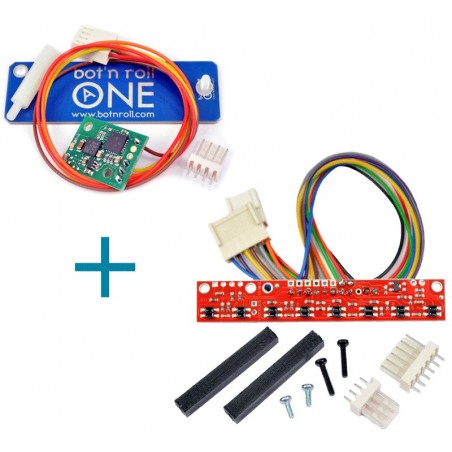 EXTRA ‘A’dvanced Line Follower + Compass All assemble parts included for mounting on a Bot'n Roll ONE A robot.

The “A”dvanced extra was developed for making it possible for a robot to move autonomously on a track through the sensing of a line. Since the robot orientation and slopes detection is important for these type of challenges, the “A”dvanced extra also includes a 3 axis compass. This sensor contains all accessories required for a proper robot assembling, as well as all the necessary cables, for a quick and easy build up.

Composition of Extra A

The QTR-8A sensor has been developed to follow a line, but can be used as a proximity sensor. The module contains 8 pairs of IR emitters/receivers (phototransistor).