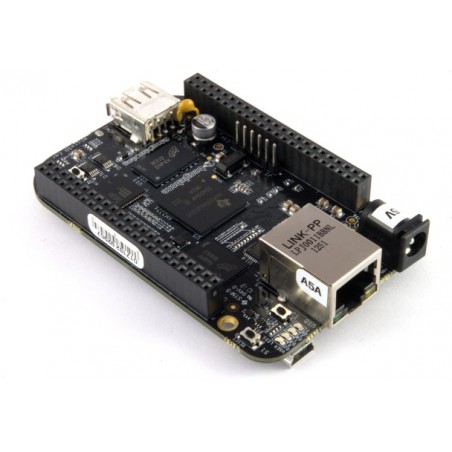 BeagleBone Black is the newest member of the BeagleBoard family and is a lower-cost, high-expansion focused BeagleBone, featuring the Sitara AM3359 ARM Cortex-A8 32-Bit RISC microprocessor from Texas Instruments. It is similar to the BeagleBone but with some previous features removed to make way for the excellent new features. The Beagleboard.org platform has a proven track record of facilitating innovation from concept to market and the BeagleBone Black's enhanced feature set enables developers to turn ideas into prototypes more easily than ever. Whether operating standalone or in conjunction with another computer, this new BeagleBone will provide developers easy access to industry standard interfaces and a well-developed ecosystem of software and tools. The original BeagleBone's cape plug-in boards are also compatible with the BeagleBone Black, making easy integration with previous projects yet another advantage. 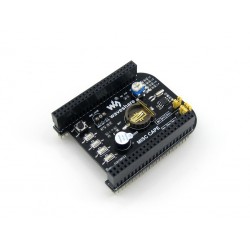 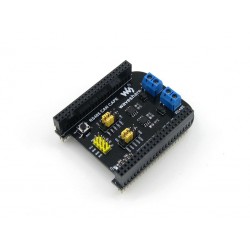