This Club pack is a pack of:

This is the perfect buying option if you are planning to run workshop/club/classroom based activities.

This Club pack is a pack of 10 BBC microbits v2.2 with 10 x 30cm USB cables, 20 x batteries, and 10 x battery holders. This is the perfect buying option if you are planning to run workshop/club/classroom based activities.

The new micro:bit V2.2 is the latest revision of everyone’s favourite powerful palm-sized, and fully programmable computer. Conceived by the BBC to encourage children to get actively involved in writing software and building new things that will be controlled by it. V2 is the same size, shape, and it works in the same way as the original micro:bit. So, if you have used the original then this will be instantly familiar to you. Write your code using one of the easy to use editors provided on the micro:bit website, connect your BBC microbit to your computer via USB, press the download button in the editor, and then download the file to the micro:bit.

Packed full of on-board sensors: micro:bit V2.2 is in tune with its surroundings, thanks to an impressive array of onboard sensors. The micro:bit can detect movement in 3 directions, which allows you to tackle projects such as movement triggered alarms, turning the microbit into a tilt-type controller, and more. It has a built-in compass so the microbit will always know in which direction it is facing. It can also detect changes in temperature and light level, which can either be displayed on the LED matrix or used to trigger other events in your project, such as turning on a light or fan. The new microphone can be used to monitor the ambient sound which can be used to trigger other events or be displayed on the LED matrix. 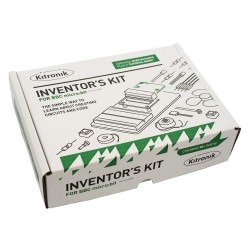 Inventor's Kit for the BBC micro:bit... 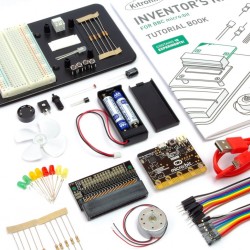 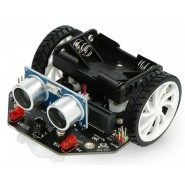